The government is getting together with the retail giant Amazon to start testing flying drones that can deliver parcels to your door.

Technology never fails to amaze us! Businesses with their new innovations and ideas use technology to set new trends.

The internet giant has been granted special permissions by the air regulator as it pushes forward with its plans - called Prime Air - to create an airborne delivery system that can get parcels to customers in just 30 minutes.

The agreement between the government and Amazon is a huge step forward for Amazon who have been developing delivery drones since 2014 at the company's research and development facility in Cambridge, UK.

What problems would the trials tackle?

How will they work?

The company has tested and trialled various systems, but the current suitable option has been a machine that is part aeroplane and part helicopter.

Once the drones arrive at the delivery address, the drone will fly down vertically onto a special landing mat which the customer will put out on to their property. This would mean that the drones could deliver your parcels into your back garden ensuring security of items. 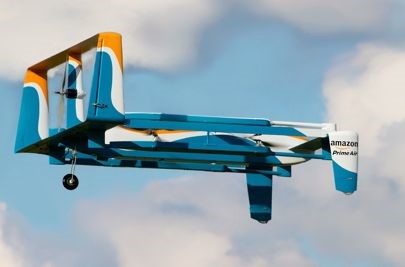 In a research conducted on Maidstone high street, it was apparent that many people were worried about their privacy with camera fitter drones flying around.

The company claims that it is making their machines with just sensors rather with integrated cameras.

A Sheffield University Professor Noel Sharkey, a robotics expert voices his concern about the growth of drones. He emphasises that all information can be stolen and all drones are hackable. He specially raises his concern in regards to drones being stolen to deliver drugs or bombs.

The government Ministers have highlighted that they want to, ‘pave the way for all businesses to start using the technology in future.’ They have also stated that they would like drones to be operated safely, beyond the line of sight by 2020.

Globally drone delivery has also been receiving a deep interest. In Germany, The Deutsche Post stated that in the not-so-distant future, drone deliveries will become widely used.